A podcast by two women who love to drink wine.

Join us fornightly Fridays for a tasting and/or interview.

A tattoo artist and sommelier joined together in friendship and a passion for drinking the good stuff. JUICE is an entertaining and accessible podcast in which Guen and Emily share stories, knowledge and banter on their favourite bottles of wines.  Episodes are either on a featured region, grape, style of wine or interviews with winemakers, sellers, importers and notable drinkers. 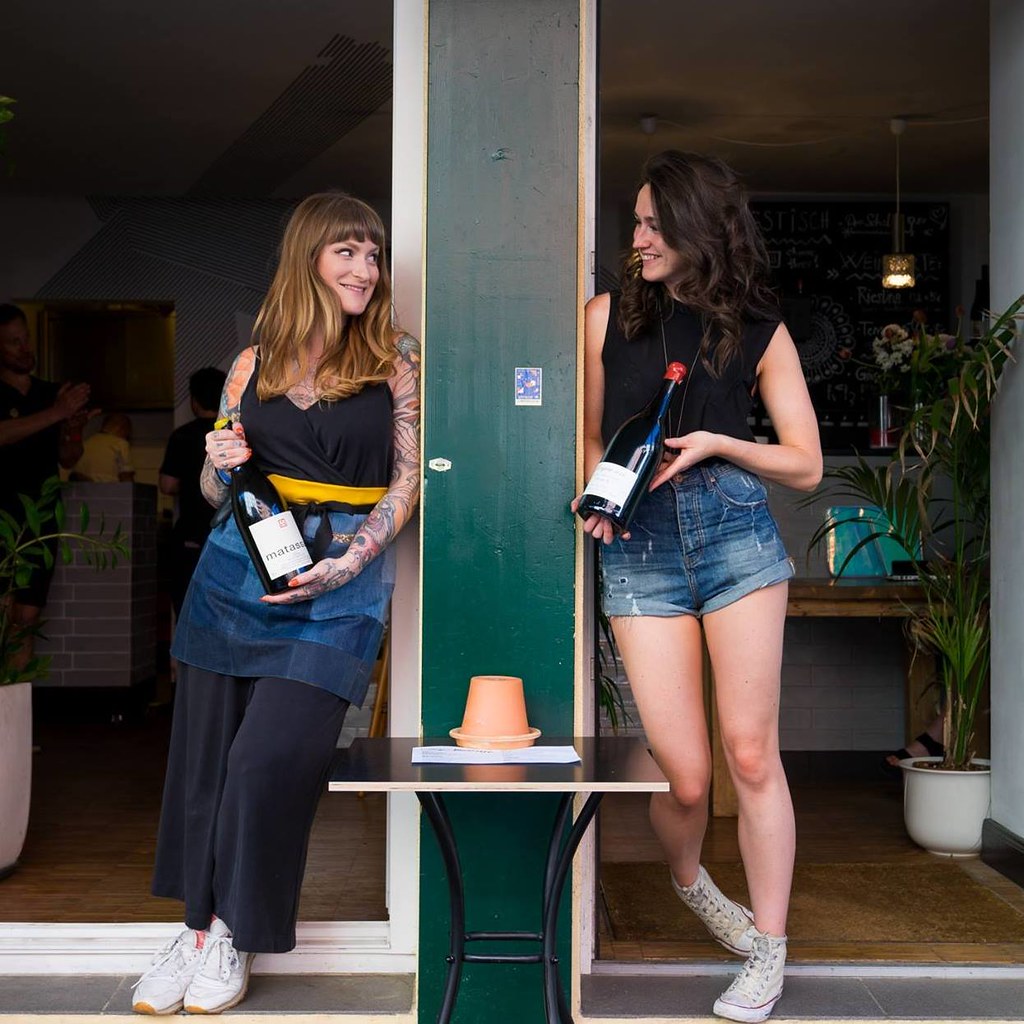 Tune into JUICE if you would like to join them for a glass and a laugh.

Emily set up VinaLupa in 2015 in London and began working with restaurants and hotels in the city, by advising them on aspects relating to wine and providing training to food and beverage teams. Since then, the business has grown and expanded and now reaches across a number of countries and markets: U.K., Germany, and U.S.A.

Emily has 13 years experience in the food and beverage industry, from working at legendary River Cafe to then spending several years in Australia working at the highly awarded fine dining restaurant Attica in Melbourne, which was voted no. 32 in the Worlds 50 Best Restaurants in spring 2014.

Upon her return to London she worked for Xavier Rousset at 28-50 and Texture before taking the role at The Zetter Group as the Group Wine Buyer & Sommelier. Emily ran the wine lists and wine training for the teams at Bistrot Bruno Loubet and The Zetter Townhouse and oversaw the opening of Grain Store in 2013. Following this, she set up and managed the initial Vault Tastings - a wine trade event promoting small interesting importers.

Her curiosity and constant urge to learn more has led her to seek out work in vineyards and wineries. These include the 2011 vintage with artisan winemaker Tom Shobbrook in The Barossa Valley and then later that year to move to Tuscany to work with Sean O'Callaghan at Riecine in Gaiole in Chianti. In 2018, she spent a month in the visually stunning region of Sierra de Gredos (west of Madrid, Spain) working for Comando G.

Raised in a creative household by artistic and intelligent parents, it seems that the apple does not fall far from the tree; in fact, creativity and smarts are just two of the many blossoming branches on the “Guen Douglas Tree of Life.” While her first artistic outlet was ballet dancing, the “ink bug” hit her once she started collecting tattoos on her own skin. Determined to immerse herself in the tattoo lifestyle, she soon took the plunge and found an apprenticeship. From there on out, the industry has been graced with a dazzling talent.Though there are many elements to Guen’s work and style, one that stands out is her unique touches of whimsy. She is able to make each design a little story of its own, adding playful touches and fanciful qualities as she goes. Her ability to tackle so many types of creative conceptions makes it easy to see why she is such a successful artist and so quickly emerging as an ink slingin’ star.Though Douglas grew up in both Canada and the United Kingdom, (she moved to Rotterdam, Holland in 2009 and lived there until early 2012 working both in Rotterdam and in Amsterdam with Angelique Houtkamp at Salon Serpent, after a 9 month stint in Brighton, UK, to work full time alongside Phil Kyle and the talented crew at Magnum Opus she was back in Amsterdam at Salon Serpent.) Now in Berlin full time at TAIKO GALLERY